flash
Administrator
2,571 posts
joined 10 years ago
21 days ago #13736
definitely looking forward to said posts because i enjoy your writing style

also regarding to asking the man about things, bombarding might be a bit much but it wouldn't surprise me if the man would be happy to see someone interested in it all and for him to be able to share what he knows on it

gebruikersnaam
480 posts
joined 3 years ago
19 days ago #13737
i've used a sauna only a few times in my life but every single time it's been really really nice. it's a shame that they're not that popular outside of finland and to a lesser extent northern europe. i really need one as well 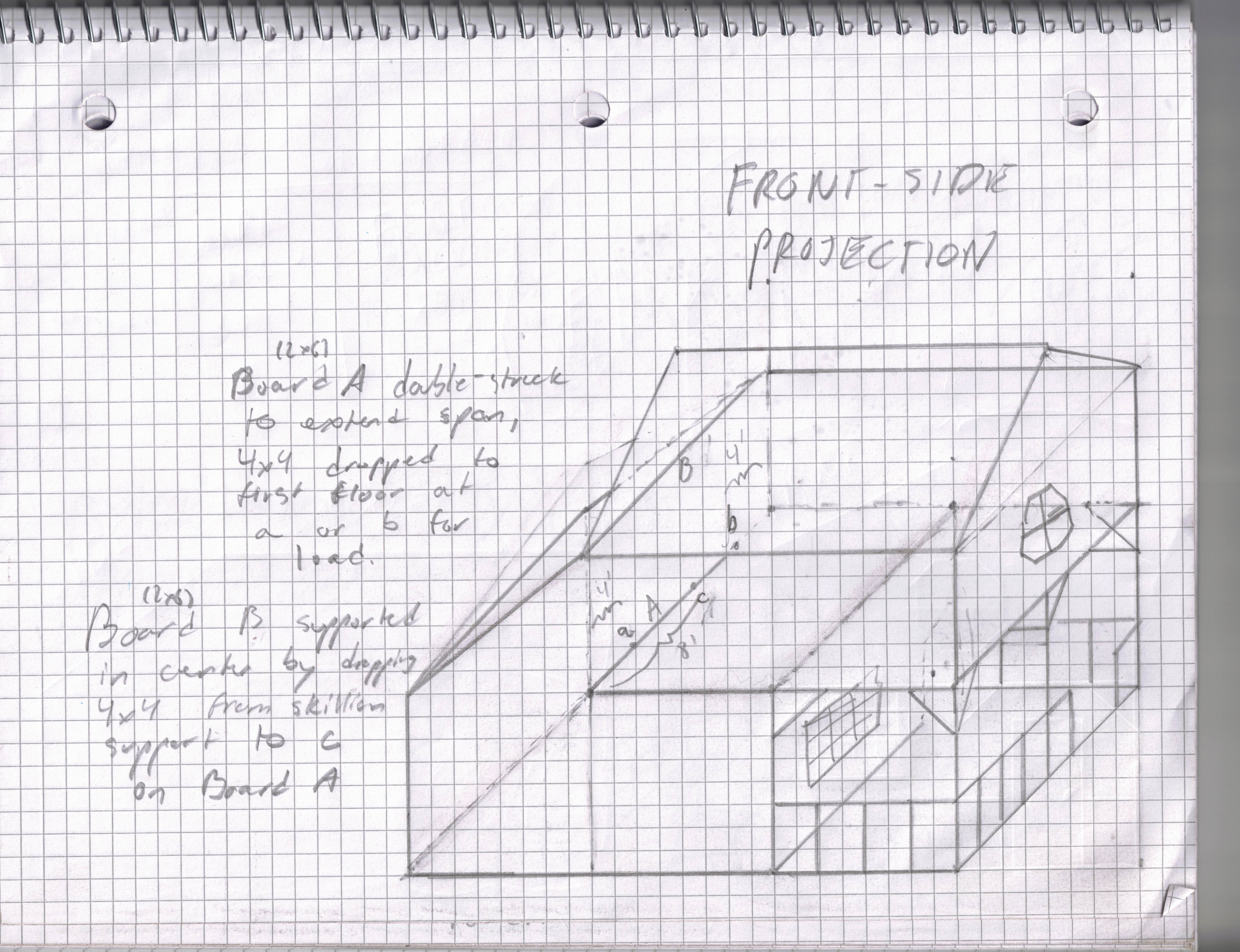 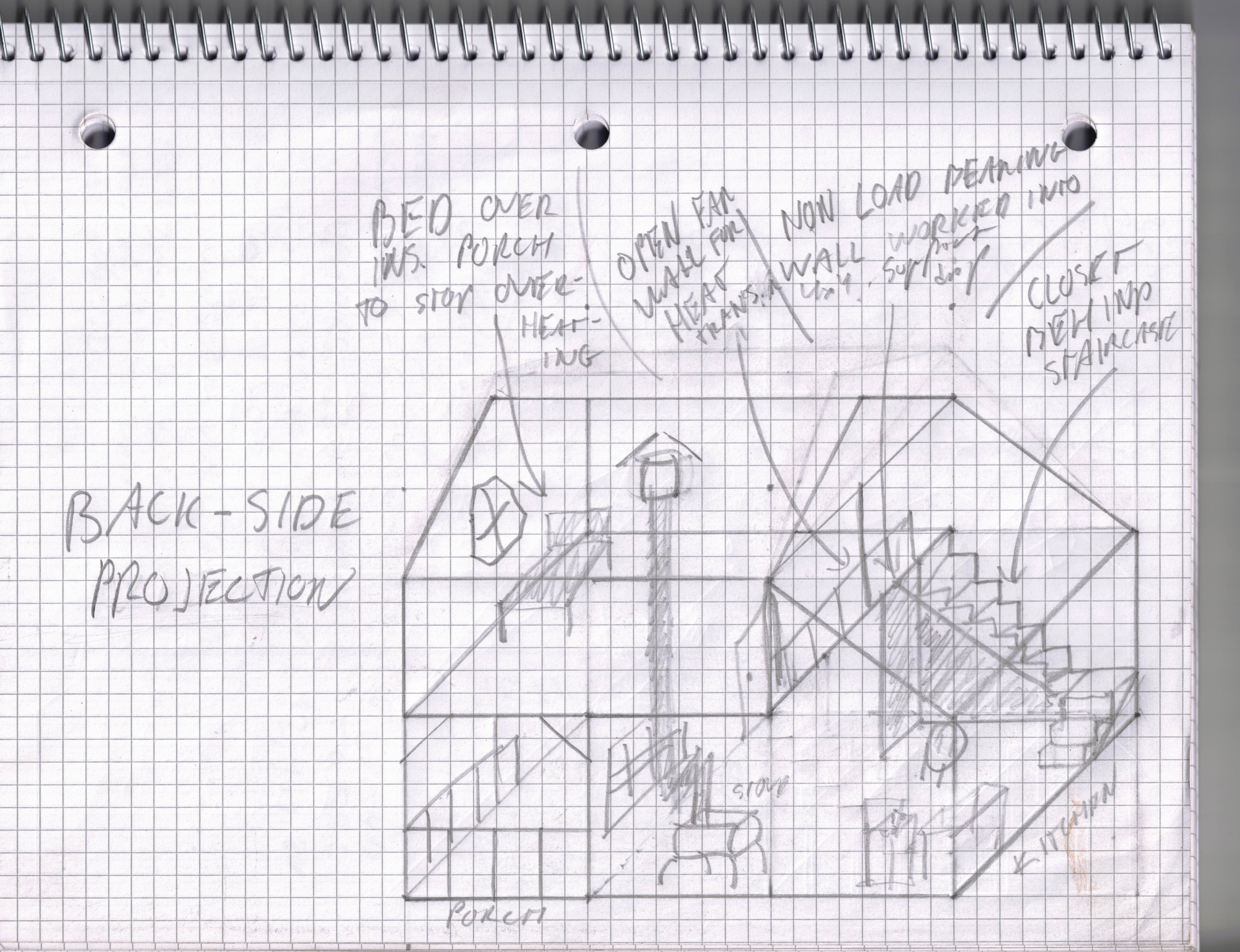 the plans for the new cabin. sorry for the ridiculous file sizes but i don't really have a way of making them smaller at the moment, i'll write a longer post later when i have time

low
i am the bubble crusher
278 posts
joined 6 years ago
7 days ago #13775
in love with the placement of the bedroom, very cute design mim
the perspective looks pretty good too, have you been getting into sketching lately???

flash
Administrator
2,571 posts
joined 10 years ago
7 days ago #13777
the sketches look really nice, it's gonna be interesting watching this materialise

reemo
Groundsmaid of Hakurei Farms
1,128 posts
Original Poster
OP
joined 8 years ago
6 days ago #13793
thanks guys, i appreciate it. no i haven’t been doing any sketching recently but i used to draw random isometric projection stuff when i was bored in high school and it finally became useful for something

this design was something i thought up pretty shortly after i decided at the end of last year that i’m definitely going to build myself a cabin this year. there were a few ideas bouncing around in my head but after mulling it over i think this design is perfect for both maximizing on space and minimizing on material cost as well as being very efficient to keep heated in the winter, all while looking pretty darn cool in my humblest of opinions

in all of the projects i’ve built so far there’s been some sort of lofted area in the negative space between the walls and the roof but it’s always been intended for storage and not for active use so i’ve never really gone out of my way to do the more complex load bearing analysis for a second story, however the thought of building a proper second story has intrigued me this whole time as it requires a lot more involved thought than is typically required for single story constructions; furthermore, after building gabe’s house i’ve realized that there’s a definite reason that most houses in northern climates are composed of at least two stories: heat rises. if you can utilize the uppermost space of a building with a static heating element like a wood stove, you’re effectively using the bulk of heat that would otherwise be wasted near the ceiling or in the rafters

to support the second story, i’m pivoting the center joist atop the front wall of the first story which will be built with 2x6’s rather than 2x4’s to better hold the load from the second story’s central joist. because a 2x6 can reliably span eight feet under standard load conditions spaced 16” on center, this means no further support beams will be needed except for the interior end joist which will span 16 feet between the inside walls. in the plans i wrote that i could easily nail two 2x6x16’ boards together to increase the effective span from 8’ to 12’ and drop a 4x4 timber to the first floor to prevent sag, but while thinking earlier today i realized that it may very well be possible to place the second board below the end joist rather than along it, which should behave like a single 2x12x16’ board which has an effective span of 16’ while still being well above the head of even a tall person in the living room while eliminating the need to break up the downstairs space with a support timber. if this method does not work as planned and the end joist begins to sag, i can easily readjust the joist with a hydraulic jack and place a 4x4 timber at the 4’ mark as indicated in the front-side projection as necessary but i would like to give this method a try. the exterior floor joist for the second floor will be held up with three 6x6 timbers cemented in the ground that will form the boundary of the porch which will be covered by the overhang of the second story. no 2x6 board is spanning more than 8’ in distance so there’s no concern about carrying the load, though i decided to go with much more expensive 6x6 timbers over 4x4 timbers just to make sure nothing bad happens p:

by ending the gable roof at the end of the interior portion of the upper story i can cut the cost of the rest of the roof in half by changing it to a skillion leading down to the back of the cabin, but the primary motivation of doing this is to prevent wasted heat accumulating in a tall space that would otherwise be unoccupied. by insulating the skillion portion between the floors, more heat from the stove is encouraged to head up towards the second floor which further increases the efficiency of heat distribution in the cabin. the pitch of the skillion will provide head-space for a proper staircase to be built along the wall to allow easier access between floors, currently i just use ladders to get into lofted spaces in the other buildings but i’ve always wanted to try building an interior staircase. if a support timber isn’t necessary between the upper and lower floor inside i will likely not build a closet into the underside of the staircase but rather incorporate the negative space under the stairs into the room somehow, perhaps as an open pantry or some other function. in smaller buildings like this you’ll feel less cramped by decreasing the count of interior walls blocking your view, and ideally the ground floor won’t have any partial walls blocking anything. having the porch built into the structure is a nice touch as well, as there will be no further costs required to frame and roof the porch and it’ll look pretty darn slick below the upper floor

i’m pleased to see the cost of lumber has decreased so much since 2021, the entire cost of raw lumber for this cabin will cost the same as just sheathing gabe’s house did then. with insulation, roofing, windows, doors, and trim, the total cost of this cabin will likely end up being closer to 8-9k but even that is a pretty affordable price. i still need to plan the exact placement and size of windows and the door to exactly calculate the amount of studs required to frame the openings with the proper load-bearing considerations but for a rough estimate on the lumber cost, this should be a pretty accurate figure

szymszl
Developer
402 posts
joined 4 years ago
6 days ago #13796
is it still just a cabin if it has two entire floors? i guess so, it's still small but this somehow makes it look much less so
i have one question, the plans do not make that very clear but are you planning to have the chimney run outside immediately after it leaves the stove or do you plan to run it inside? i'm not an expert on this, but the part of my wall that has the chimney running through it is really warm, so maybe you could save some more heat from the stove if you made it run inside? at least if you trust it not to leak, otherwise this will be a horrible idea.
the plans are really well sketched, i dont know anything about house building to be able to comment or argue further, this does indeed look really cool. i especially like the octagonal window, it has a certain style to it and looks adorable

reemo
Groundsmaid of Hakurei Farms
1,128 posts
Original Poster
OP
joined 8 years ago
5 days ago (edited 5 days ago) #13797
considering the size of places i've seen around here that people will describe as cabins in complete earnest, i think this building would be more aptly described as a shed rather than a cabin. i've unintentionally called my current dwelling a house to a few people and they've laughed to my face when they saw it, so i try to temper expectations by using more humble terms; that being said, however, this plan is absolutely palatial compared to my current living conditions so everyone else can go to hell if they think it's not big enough

you definitely bring up a good point with the stovepipe, i've gone back and forth about whether or not i want the pipe to pass through the floor and out the second story wall or just pass through the first story wall and up the side. passing through the floor would require a small section of triple-wall stovepipe and a clearance thimble so it would be more difficult to disassemble and clean each year, and it could potentially be more dangerous if a chimney fire were to start because there's a higher chance the fire would overheat and escape the interior stovepipe. additionally i would have to align the stove in such a way that the pipe rises between the upstairs joists while maintaining the proper combustible tolerances on both the downstairs and upstairs levels, which may look awkward coming up the middle of the upstairs room

however, the gain of having radiant heat at a very similar temperature as the stove itself on the second floor is a difficult thing to pass up, and because the majority of the run would be single-wall black stovepipe the total cost of the flue would actually be cheaper than passing out the wall on the first story and running up the side with triple-wall flue pipe, and less heat would be lost to the outside. further, i could have a damper on both levels and adjust them based on where in the house i want the heat to radiate most which would really kick ass for when i sleep at night and would likely eliminate the need for supplemental heating sources upstairs even on the coldest nights. when i eventually trim the ceiling on the first floor the resulting air gap between floors in the joists might slow the transfer of heat upwards, so having the radiant heat from the stovepipe upstairs as well would likely help mitigate that issue if it arises

ultimately if i were able to have a completely straight chimney coming out the gable roof rather than going out the wall it wouldn't even really be a debate, however i'm not confident in my abilities to flash around the flue pipe coming out of the roof to avoid leaks through the roofing material so i'm not interested in potentially making a mistake that'll costs a lot to fix later. after mulling it over i definitely think i'm going to run the stovepipe through both levels and out the second story wall because i think the pros definitely outweigh the cons, but if i decide later that it was a bad idea i can easily modify it to run out the wall on the first floor and pass through the same cut in the gable soffit. thanks for giving me that food for thought szy i appreciate it

szymszl
Developer
402 posts
joined 4 years ago
5 days ago #13798
having the stovepipe exit on the second instead of first floor does seem like the best of both worlds, it both heats up the top floor and is still easier to build than leaving through the roof
i'm very glad i could provide some useful input lol