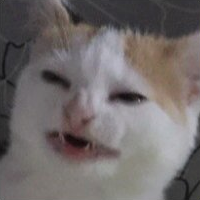 FlappyzorWorldwideOnline2014through2015through2016through2017through2018through2019through2020through2021
138 posts
Original Poster
OP
joined 7 years ago
2 years ago #1964
Update: Its been about 2 - 3 hours since I made this thread and I shit you not I got back home and now my check engine light is on and my cars stalling, fuckin sick

limewire
127 posts
joined 2 years ago
2 years ago #1976
op, how have you had a commodore without issues up until this point wtf
thats like
not a thing
ever
stop to give up

FlappyzorWorldwideOnline2014through2015through2016through2017through2018through2019through2020through2021
138 posts
Original Poster
OP
joined 7 years ago
2 years ago #1982
the engines are pretty stong, transmissions are okay, all of the things around them are questionable

win
dows Server 2003 R2
948 posts
joined 7 years ago
2 years ago #1986
I'm still rocking a 2004 Dodge Stratus 2.7L V6, which is particularly known by car people to be somewhat unreliable. As of late it's been doing a lot better, but there was a time where I had to have the cooling system fixed on it annually. The car accelerates like nobody's business tho, so getting around grandmas and semis is piss easy...
Dying of boredom, I'll try it all...

JonQuan
693 posts
joined 3 years ago
2 years ago (edited 2 years ago) #2011
My dad is gifting his old commuter car to me in exchange for some mods, maintince, and upgrades, which is a 2011 Ford Focus SE. Five speed manual with 86,000 miles on it. In very very good condition, although the carpets are going to need a good steam cleaning. Here are some photos of the car. Sorry about the lack of photos